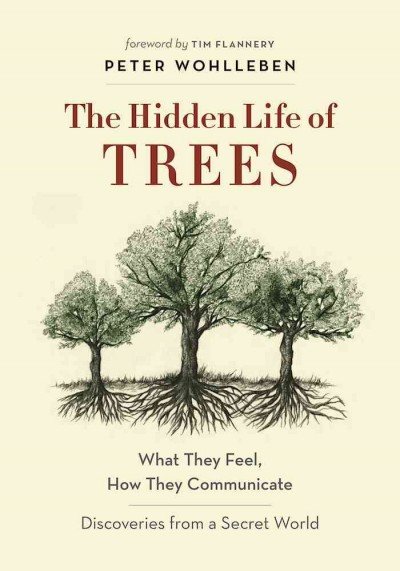 What do forests have to do with the success of your farm? Actually ….a great deal!

The forests on your farm play an important role in keeping your farm healthy and protecting life on your farm from disease. First of all, the forests are refuges for the carnivores, who are important in balancing their prey populations, (herbivores) who can have a serious affect on the landscape if their populations are not balanced.

These herbivores can also diminish the homes of important bird species that control insects on your farm.

So we encourage you to pick up this wonderful book pictured above. it will open a whole new world to you, and you will never look at your forest in the same way.

And speaking of important birds whose homes the predators keep available to them ~ the following is a delightful link that speaks about what your wintering birds – namely our chickadees and nuthatches – do to keep your trees healthy and insects in check. (Though they are referring to the trees in the West, it all holds true for our trees in the east)

The tiny friends of a forest giant

THIS IS WHERE WE WERE LAST WEEK ~ ESSEX, NEW YORK IN THE BEAUTIFUL ADIRONDACKS

Geri Vistein, wildlife biologist on the right and Abby Sadauckas amazing farmer in Maine on the left
with Lake Champlain and the Green Mountains of Vermont in the background.

What an energizing experience it was for all, thanks to the Essex Farm Institute’s organization of this event. . Geri had the opportunity to share knowledge of the carnivores’ lives in a realistic and valuable way for our farmers, Abby shared her experience as a farmer in what her family does to farm well with carnivores present on their farm in Maine. And.Shaun from the Ben Wever Farm in the Adirondacks shared poignant thoughts on his journey of understanding carnivores.

And that journey goes on for all of us! We are in a learning mode, so sharing is vital! 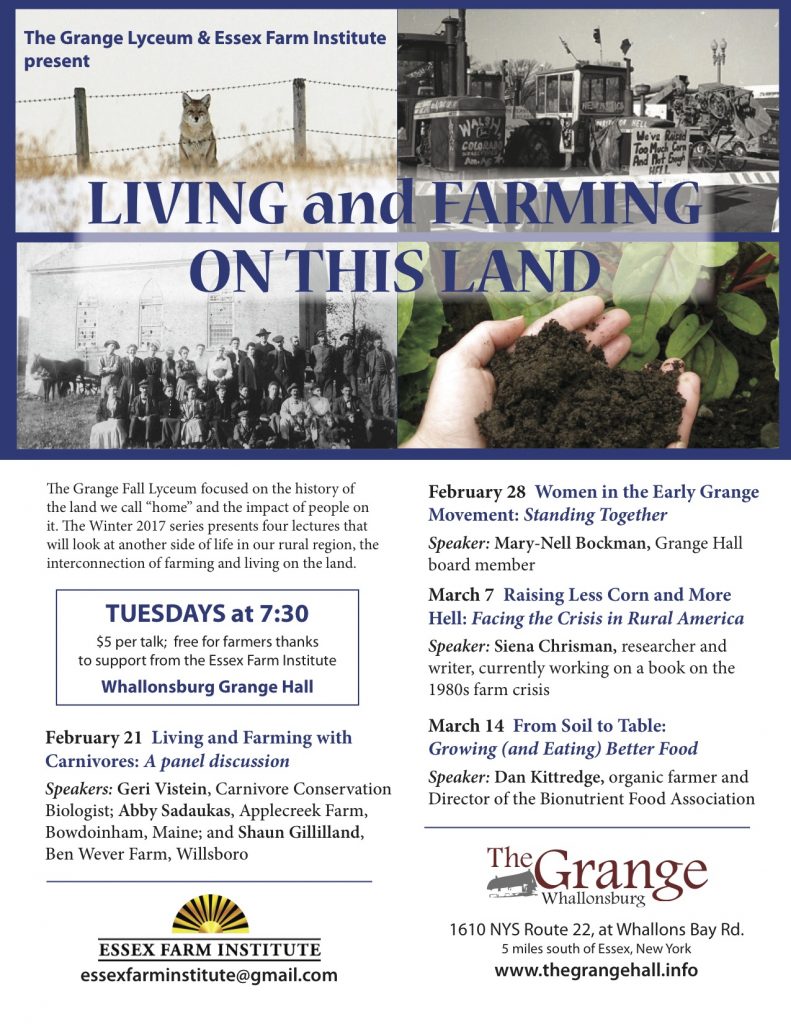 WE ARE EXCITED TO ANNOUNCE AN OPPORTUNITY FOR FARMERS AND THE COMMUNITY TO COME TOGETHER AND LEARN ABOUT AND SHARE EXPERIENCES REGARDING CARNIVORES
AND THEIR ROLES ON OUR FARMS.

If you are not able to come, organize such a gathering where you live

The following is a short description of our gathering ~

February 21  Living and Farming with Carnivores: A panel discussion

Farms are not isolated parcels but are part of an entire community. Carnivores play an important role in the Earth’s ecosystems; systems that agriculture thrives in. This lyceum will be a panel discussion with  Geri Vistein, a Carnivore Conservation Biologist who will take us into the lives of the carnivores living in the North Country, describing their sociology, hunting habits and life cycles. Abby Sadauckas, whose family owns the Applecreek Farm in Bowdoinham, Maine, and is a member of the Farming with Carnivores Network, will share her farm’s understanding of the carnivores around them, and what they do to live together with them. Shaun and Linda Gilliland are local livestock farmers who use a combination of tools to protect against predators. They will discuss their experiences farming with carnivores over the years. 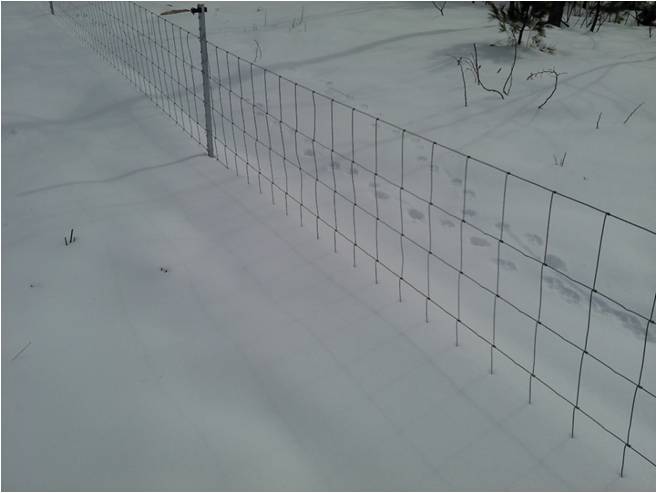 IT IS WINTER TIME ~ A challenging time to farm; also a LIFE AND DEATH STRUGGLE for wild carnivores.

It is important for you to know that carnivores walk this line of survival, that they are often on the edge of starvation in the winter.

That is why Guardian Animals are such an important part of your team in the winter. Note the photo above, taken by Billy Foster of the Foster Farm in Maine. Though his fencing is excellent, the deep snow would allow a carnivore to jump over it with ease.

BUT ~ His guardian dogs are present, and have been present all year. There is an UNDERSTANDING between them and the Coyote family who live on his farm. Note the Coyote tracks that REMAIN on the outside of the fence.

SO ~ if you are thinking about acquiring one of these amazing guardians for your farm, the following are some questions and thoughts to think about and research this winter: 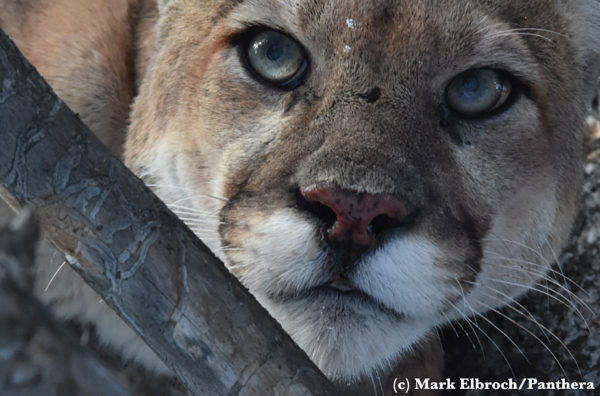 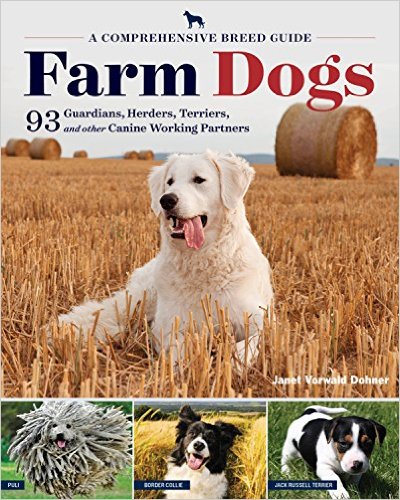 If ever you wanted to do research regarding the Guardian Dog that is right for your farm, this newly published book by Jan Dohner will be of great assistance to you. It is one of those books you would want to keep as a reference because it is packed with valuable information.

An Excellent opportunity to come learn about farming successfully with Carnivores will take place at THE COMMON GROUND FAIR in Unity, Maine on September 24 and 25.

At 1:00 PM on Saturday, the 24th we will host a panel of two outstanding farmers, Dave Kennard and Billy Foster, noted author and breeder of Kangals Jan Dohner, and Wildlife biologist and author Geri Vistein. Last year the tent was packed as we shared together in a lively discussion, our experience and knowledge. Our audience was amazing, jumping right in and asking excellent questions and expressing what has been happening on their farm.

Then, at 2:00 PM Jan Dohner will go more into depth about all the important issues regarding the decision to find a guardian dog, and then when they come to your farm…then what? Her new book Farm Dogs is just being released on time for the Fair, and her excellent 2007 book Guardian Animals: Using Dogs, Llamas and Donkeys to Protect your Herd is highly recommended  She will also speak on Sunday, the 25th at 1:00 PM

SO COME IF YOU CAN! MUCH TO LEARN AND GREAT SUPPORT AWAITING YOU!