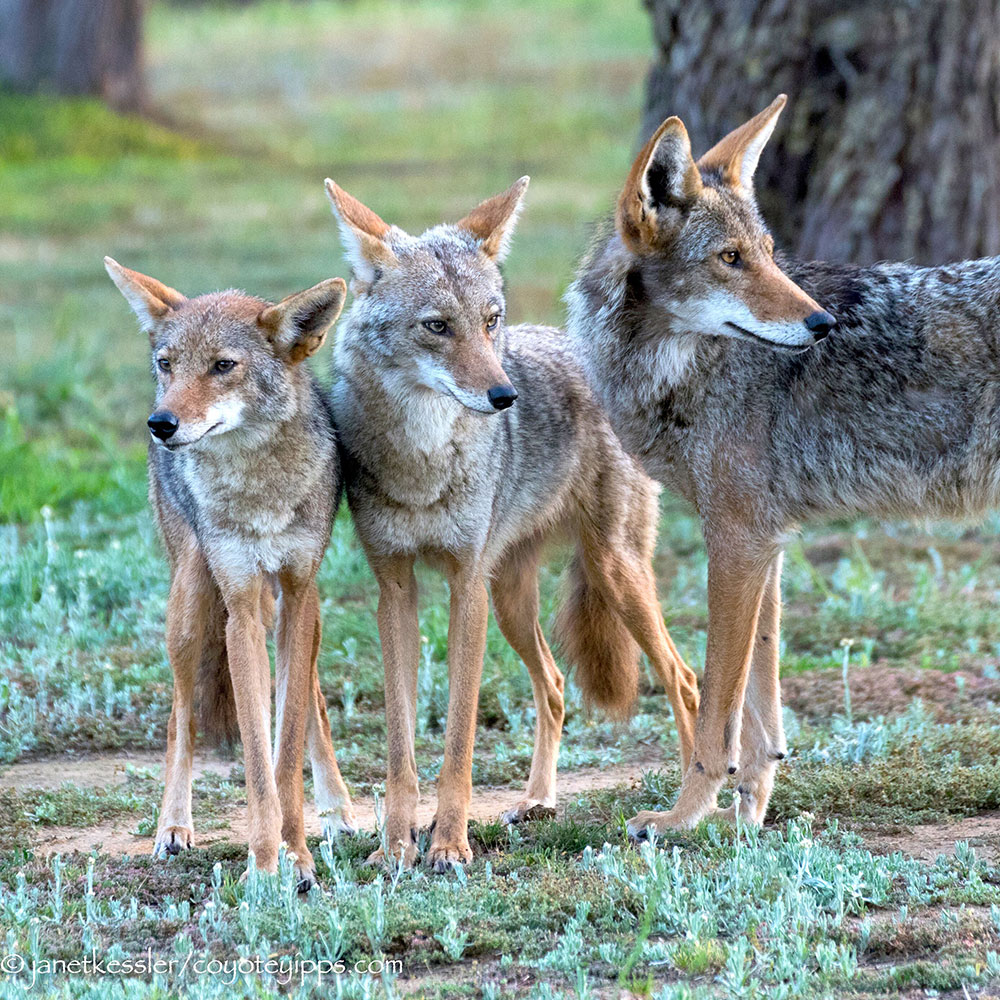 As a carnivore biologist in Maine, I enjoy visiting our farms and supporting our farmers in their efforts to coexist peacefully with our carnivores.

I have many stories about farmers and farmers tell me many stories. But this one is especially poignant, as it manifests the many intricacies of relationships in the ecosystem of a farm.

So during my visit to a farm in western Maine this farmer introduced me to her farm animals…chickens, ducks, horses and new piglets. She told me of a COYOTE whose territory included her farm, and a FOX who lived in the forest on the other side of her farm. She never had any issues with the Coyote, as he actually assisted her by doing rodent patrol on her farm.

The FOX was kept away from her chickens by the presence of the Coyote. So the Coyote was unknowingly protecting her chickens…just by his presence.

Then an individual from away moved in next to her farm and began killing the entire Coyote family present there. And what ensued was tragic for the farmer…. The FOX, now recognizing that Coyote was no longer present, felt safe coming to her farm and killing her chickens.

What is so significant about this whole scenario…..is that the farmer understood what happened in the relationship between Coyote and Fox and the human neighbor. Human interference by killing important carnivores can have a myriad of negative consequences.

Now that her Coyote neighbors were gone, her only alternative to protect her animals from the fox, was to purchase a Guardian Dog….which she has done.  Before that……Coyote was what you might call her Guardian Dog… 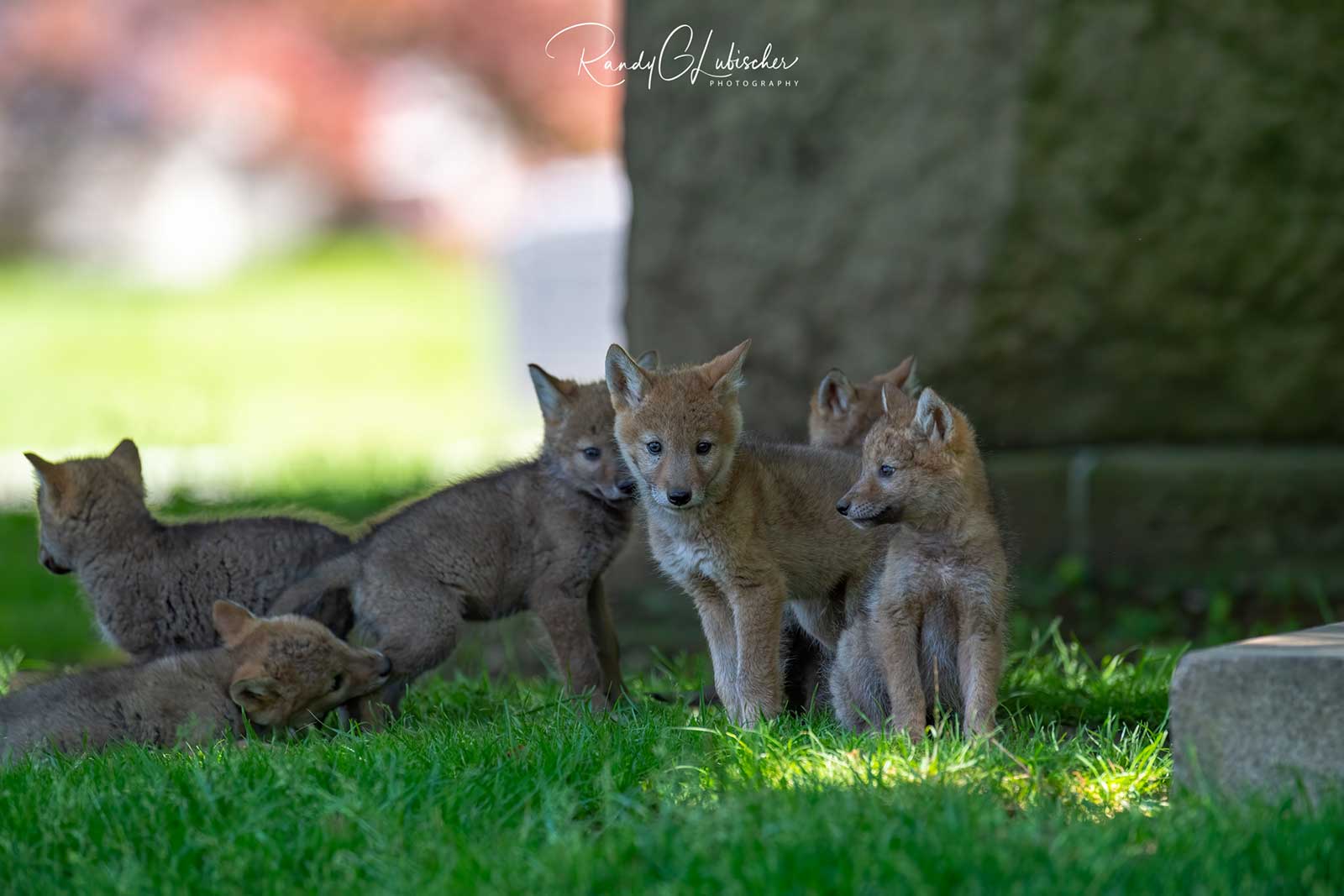 A Wild Mother’s Little Ones

One of our Maine Farmers shared the following experience with us:

Many times on our farm we would hear coyotes and often see them hunting mice in the hayfield, when we were haying. They never threatened us but with two young sons, we were cautious. One evening my young boys and I went to our family’s blueberry field to check the crop and monitor for insect damage. I left the truck at the top of the hill and walked down to its other side. At the foot of the hill, about 800 feet from the truck, I saw movement in the tall grass. It is not uncommon to see deer in the field, so I motioned the boys closer to watch. Then only to realize they were Coyotes …six Coyote pups and their mother!

What happened next answered many questions I had of Coyotes. I instructed my boys to walk slowly back to the truck. And I would remain near the coyotes as a distraction until the boys were safe.

A Mother’s instinct is very strong, and not just in humans! Mama Coyote was doing the same thing as I. She began yipping at her pups. Listening to her calls, her pups circled around and headed for the refuge of the woods.  Mama Coyote and I stood about 500 feet apart…just watching each other, and willing to do whatever to protect our babies.

When my boys were safe in the truck and her pups safe in the woods, we each backed up slowly and parted ways peacefully.  I will never forget that evening; just two mothers feeling the same…..regardless in the difference in species.

Allowing experiences like this to enfold brings one into a whole new world, one that we didn’t even know existed….inside of us. But it is that willingness to let it unfold which makes it happen.

This woman farmer came to deeply understand that this mother Coyote felt just like her….when it came to her protectiveness of her little ones. But something even more was happening here…the restraint, the trust. For the mother Coyote she knew well the violence of humans. It had been passed down in her culture over the past 200 years, ever since the Europeans arrived. And for the farmer, only the fear of powerful carnivores had been passed down to her own species. Yet the two of them trusted each other, and used restraint.

And when this happens….you are never the same.

When we speak about Farming of the Future …..THIS is what we are speaking about. 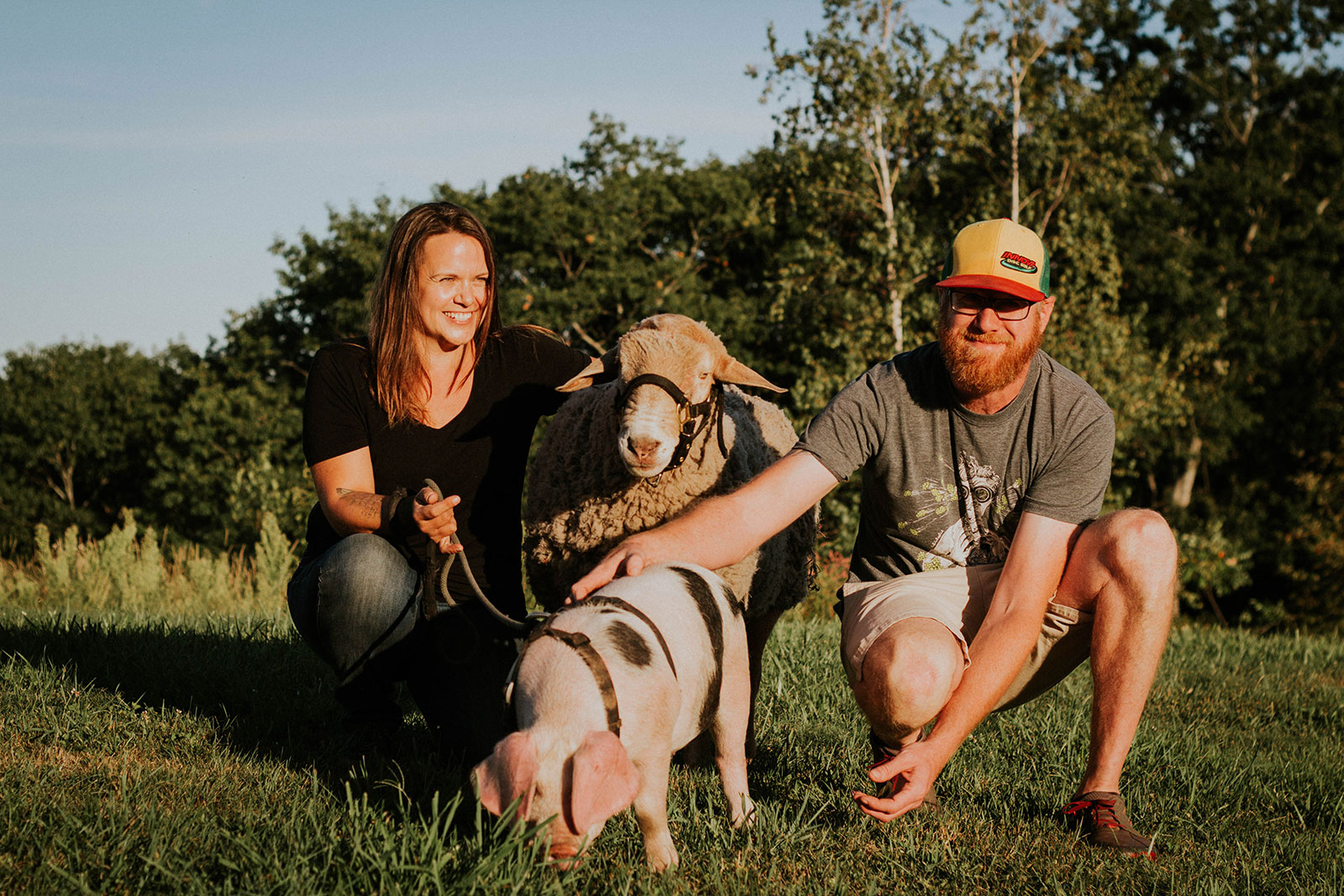 Raychell and Jay of Fervor Farm

It is just so refreshing and exciting to watch how our farmers of today are taking on the Leadership of creating a farm that is a healthy, resilient ecosystem. Inherent in their perspective is the need for carnivores to be present…welcomed and undertstood and valued.

And so without further adieu …inviting you to relax and take in this marvelous conversation initiated a young farmer in Hollis, Maine, Raychell Libby of Fervor Farm.