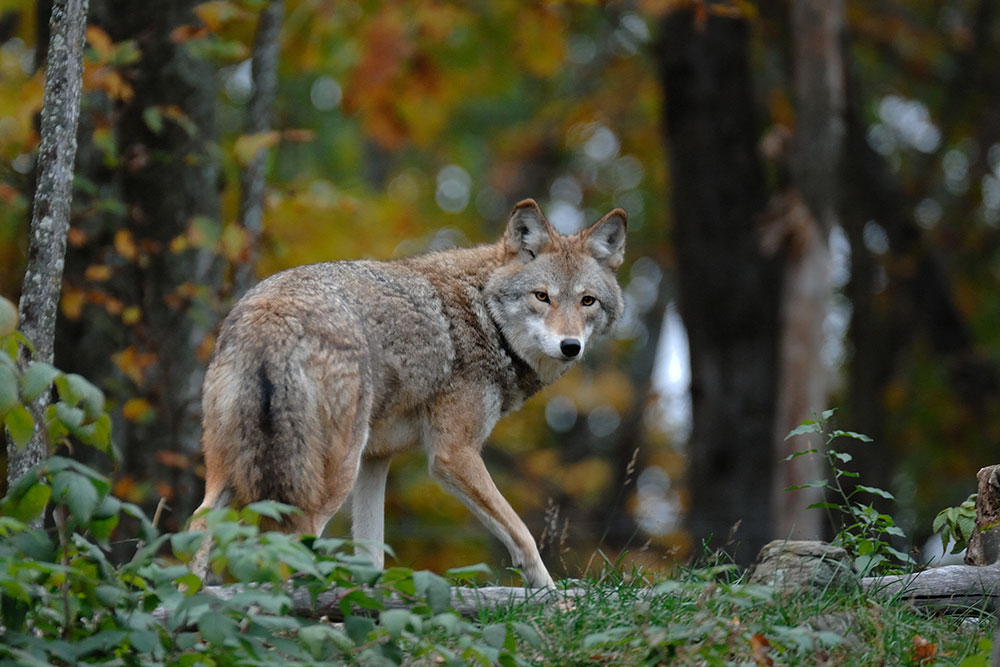 We live in a time when we are experiencing worldwide disruption of the Earth’s diverse ecosystems. And as a result of these profound disruptions, worldwide pandemics of disease, as well as local epidemics like the Lyme disease in eastern North America, continue to plague life as we know it.

Human Health is inextricably tied to the health of animals and the environment.

And these behaviors are uncontrolled human population growth, and this leading to humans taking over vast areas of the planet. This leaves very little space for the rest of life to survive, many wildlife forced to live in close proximity to humans. In addition, our large carnivores are being wiped out by the continued perceptions of the past.

And as wildlife habitat is destroyed, biodiversity is lost. And when biodiversity is lost, so is the resilience of the life forms left behind, causing them to more easily succumb to disease. Add to this the serious and outright killing of major carnivores whose presence, protects and supports biodiversity, and keeps their prey populations in balance.

SO YOUR FARM is a microcosm of Earth’s larger ecosystems. Your farm is an ecosystem that can be disrupted or it can be one that is rich and biodiverse. And when your farm is in balance and biodiverse, the Earth will protect you from disease that can affect both your farm animals and you.

Dayton Hyde, a highly respected rancher and writer shared his experiences regarding the value of an important carnivore on his ranch. This is what he had to say:
“I thought of other species on the ranch. Without flickers, badgers, trout, deer, or chipmunks, the ranch still would have flourished. But if I took away the Coyotes, the whole system fell apart. In fact, if I were to design a kit for the beginning rancher, a pair of Coyotes would have to be included.”

Carnivores like Coyote play THE vital role in protecting from disease and keeping the balance by the part they play in the predator-prey relationship. So you want to make sure you save a place for them on your farm. You want them to be present, and you want them to thrive …so you need to make sure there is habitat and plenty of prey for them. If you do……THEY WILL TAKE CARE OF YOU!